The officers and directors of the Nebraska Big Game Society are pleased to announce that the Nebraska Game and Parks Commission has awarded our organization two permits this year. The first is a Resident Elk permit and also a Deer/2 Turkey combination permit.

For more information visit the News & Media page of our site. 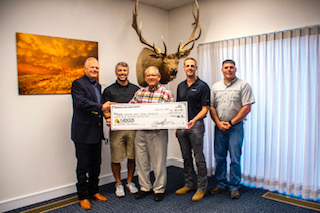